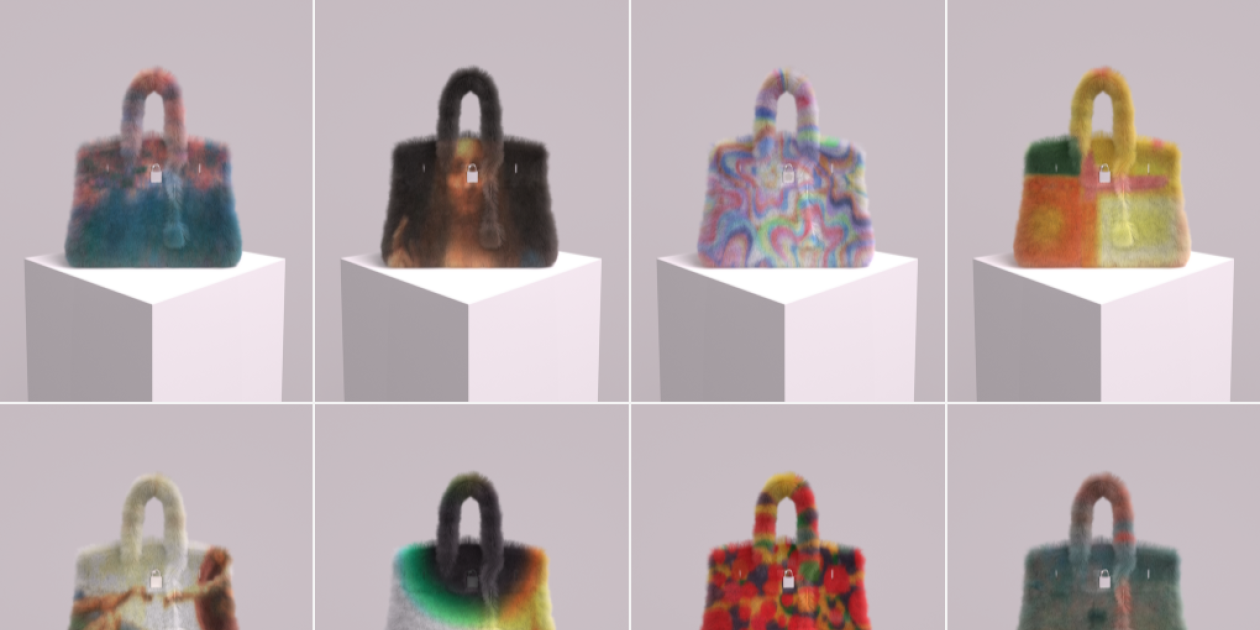 NFTs & Hermès: match made in heaven or in court?

NF what? NFT stands for Non Fungible Token, a way of linking ownership to digital objects. The buyer of such a token receives a non-exchangeable, irreplaceable digital certificate of ownership, which is registered using blockchain technology.
In simple terms, it can be seen as a glass vault to which only the owner of the NFT has the key. Anyone can see what is in the glass vault, but only the rightful owner has access to it.

An NFT can be made from anything digital. Think digital artwork, songs, photos, memes, and so much more. For example, the very first tweet ever made, in the name of Twitter founder Jack Dorsey, was made into an NFT and sold on 21 March 2021 for no less than $2.9 million. Soon, artists realised that there was big money to be made from NFTs and decided to create digital artworks en masse - one of them being Mason Rothschild.

Mason Rotschild and his (Meta)Birkins

Rothschild attempts to raise awareness to accelerate fashion’s “fur-free” initiatives and embrace ethical alternative textiles. In order to do so, he created 100 digital versions of the world-famous Hermes Birkin bag as NFTs, called MetaBirkins.  The price of a physical Birkin bag varies between $9,000 and $500,000. But as it turned out, Rothschild's digital Birkin Bags were even more popular, selling for the staggering sum of $700,000. 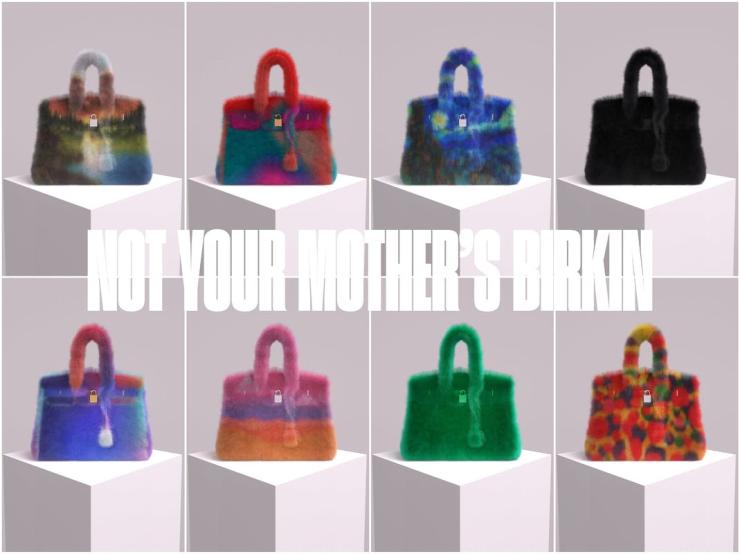 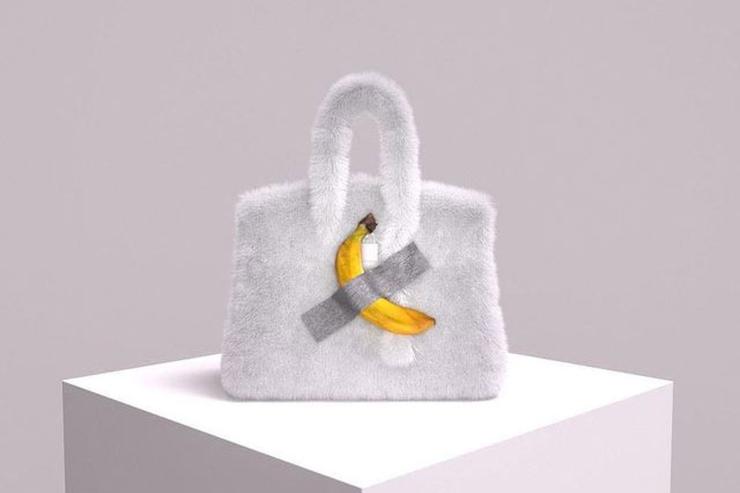 Unlike Rothschild, Hermès was not amused, as they had not given their consent and it was therefore a trademark infringement. Hermès stated that they “did not authorise nor consent to the commercialisation or creation of our Birkin bag by Mason Rothschild in the metaverse”.
Furthermore, Hermès clearly communicated that they are not (yet) active on the NFT market due to the fact that they attach great importance to "the tangible expression of handcrafted physical objects". However, this opinion is not shared by every luxury brand, as Givenchy already created NFTs in collaboration with the artist Chito.

Hermès was not amused, as they had not given their consent and it was therefore a trademark infringement.

The problem with these NFTs is that they could negatively impact Hermès' future earnings if they ever decide to create NFTs from their bags anyway. After all, consumers might think that Rothschild his MetaBirkins are an official Hermès product.

The metaverse sometimes gives the impression of being a parallel universe where there are no rules and the law of the strongest/smartest/fastest applies. Through this intervention, Hermès indicated that this is not the case and that the real world still stands above the Wild NFT West.

Structuring your brand portfolio, brand architecture and employer branding to improve communication towards clients, employees and other stakeholders.
END_OF_DOCUMENT_TOKEN_TO_BE_REPLACED

Creating brand names with rich meaning and distinctive logos coupled with a consistent corporate identity and branding across all on- and offline communication.
END_OF_DOCUMENT_TOKEN_TO_BE_REPLACED

END_OF_DOCUMENT_TOKEN_TO_BE_REPLACED 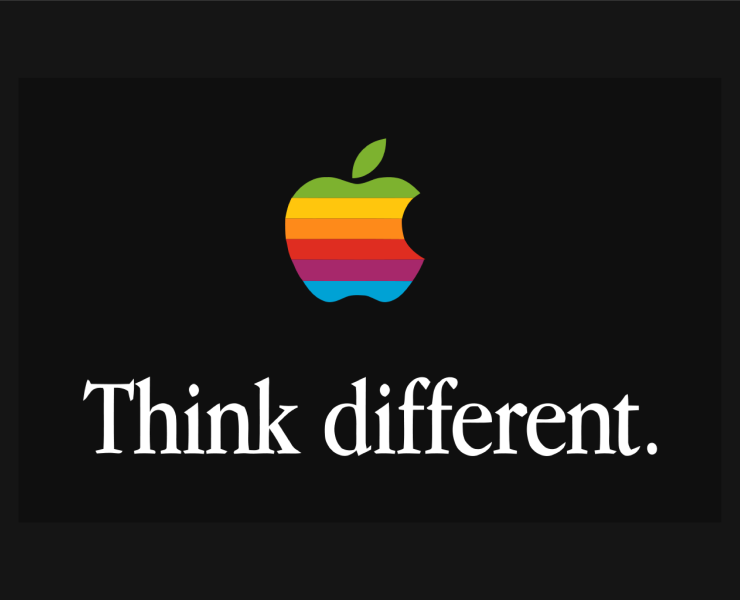 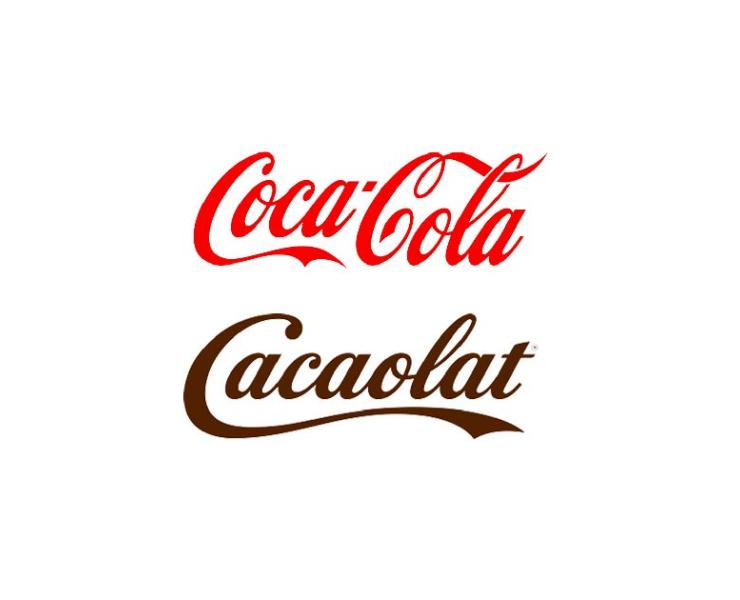 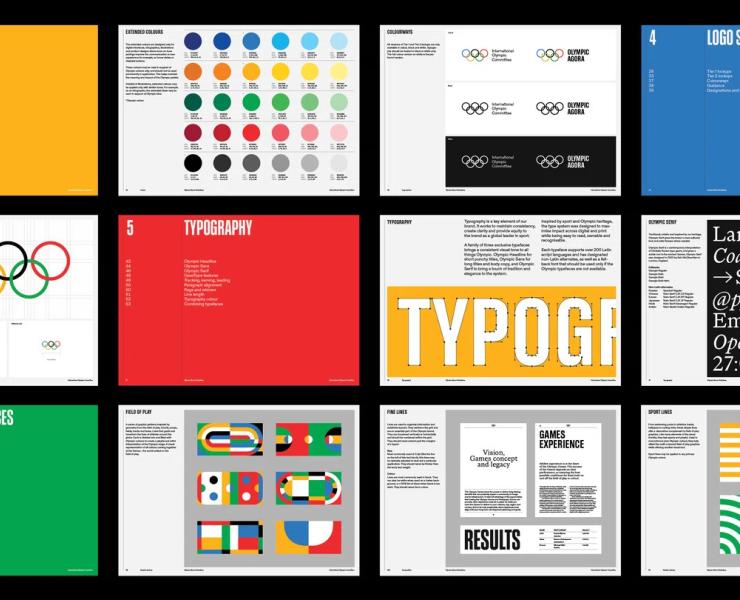